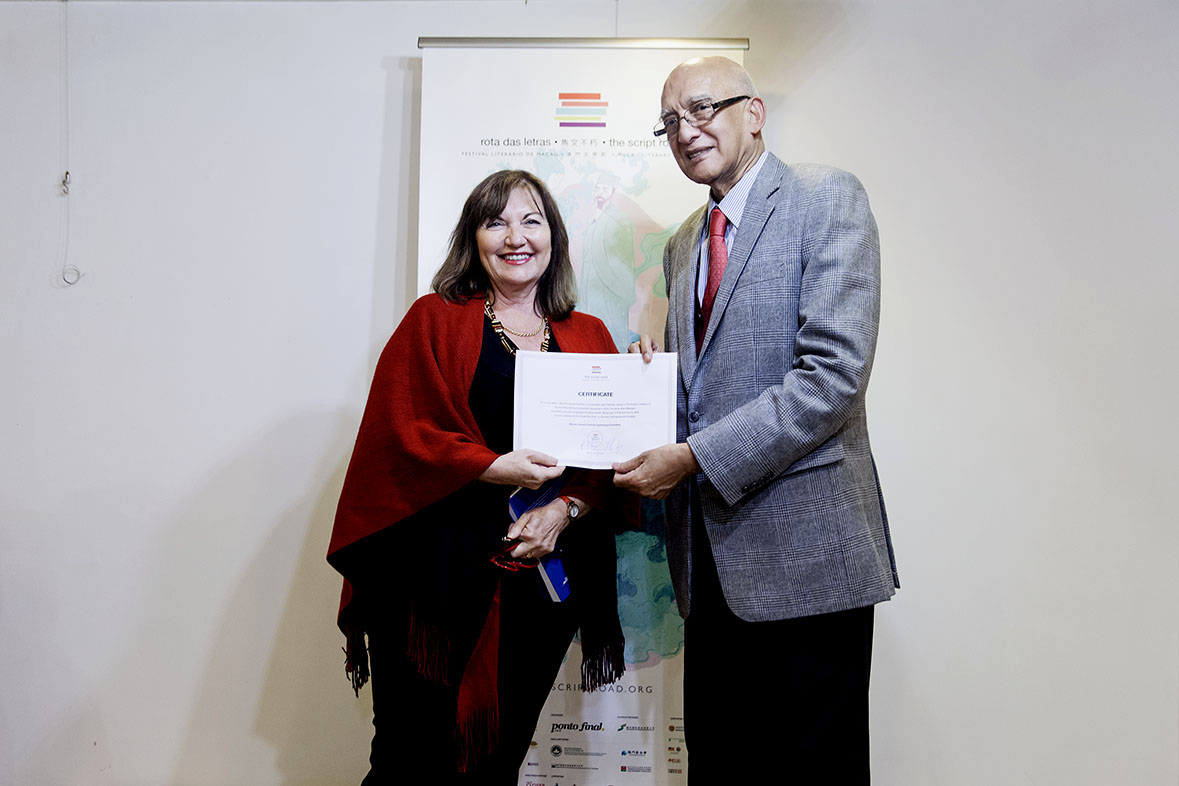 Local author Zhong Younghua (Chinese language), Brazilian writer Darío Bravo (Portuguese) and Australian author Jane Camens (English) are the winners of the 4th Short Story Competition launched by The Script Road – Macau Literary Festival. The three winners will receive a MOP 10.000 money prize each, and they are having their stories translated and published in three languages, alongside with the ones written by the authors who have visited the Festival in 2015.

The 4th Short Story Competition was the most participated so far, with more than 100 texts being submitted.

Mr. Blackrose, by Zhong Younghua, is the story of a gloomy Chinese man who regularly visits the same coffee shop in Macau, carrying a black rose and a number of dark secrets. The story was chosen as the winner by renowned author Wang Anyi. “I selected Mr. Blackrose from amongst the four finalists, because it is a piece of narrative possessing a certain level of skill and style, with a complete story, a logical structure, and fluid prose”, she explains. “The fictional space of the coffee shop creates the perfect environment for this story to unfold, hinting at the romantic transformation of an unbearable fate, so a cramped existence is finally able to open up, radiating with the pursuit of classical values”, Ms Wang adds. Wang Anyi says that “life in Macao is rarely represented in literature, and so these pieces have value in opening up these pathways”.

On the Portuguese-speaking competition, the award goes to Brazilian author Darío Bravo. His story, Green Persimmon, is about a man dealing with the past and the loss of someone he loves. Carlos André considers that this short story “surprises for the richness of the human portrait, by the perfection of the tracing, the mastery of the word, the strength of the imagination (…) A short story is like that: short. But when it is possible to accommodate so much inside it, as in Green Persimmon, being brief is everything”.

Australian writer Jane Camens, a guest of The Script Road this year, won the English-language competition with After Midnight, a story set on the night of Macau’s Handover to China, in December 1999.

The jury, Chinese author Yan Ge, says about this piece: “Guided by the story, the reader witnesses one day and two nights in the lives of the people of the time; the international correspondents, the Portuguese, the Chinese, and the Macanese. The story is insightful and genuine, lyrical and poignant. It shows a comprehensive picture of this grand farewell, as well as a personal journey of love and loss. The complexity and ambiguity of humanity should never be forgotten, especially in a time of transition”.

The Script Road – Macau Literary Festival will soon announce the rules and deadlines of the 5th Short Story Competition.