Philippe Graton is a French photographer, writer and comic book author. He worked as a freelance journalist in South-East Asia and in conflict zones in Bosnia in 1994 for Sygma Photopress Agency. Since 1994 Graton has written scenarios for the comic series Michel Vaillant (whose film adaptation he entrusted to Luc Besson) and for television. In 2012, he relaunched the adventures of Michel Vaillant with a new season, the sixth album of which (Rebellion) was launched in 2016. At the end of 2015, he issued a 320-page illustrated biography of his father Jean Graton, creator of the original Michel Vaillant character in 1957, published by Éditions Hors-Collection. The year 2017 is the 60th anniversary of the Michel Vaillant character, and Graton will be in Macau to inaugurate an exhibition displaying the original prints of the album Rendez-vous à Macao (1983). 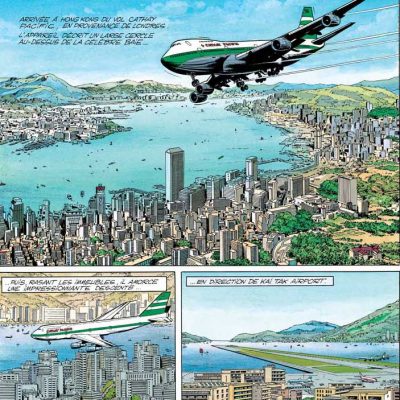 In celebration of the 60th anniversary of  his father’s Michel Vaillant comic book series, Philippe Graton will inaugurate a Macau exhibition featuring some of the original plates from the Vaillant book Rendez-vous à Macao (1983). Also on display in exhibition will be photographs of Jean Graton from various moments in his career — with Steve McQueen, with Teddy Yip in Macau, Jean Graton’s 1981 Macau Grand Prix press pass, and Luc Besson shooting the Michel Vaillant movie in Le Mans. 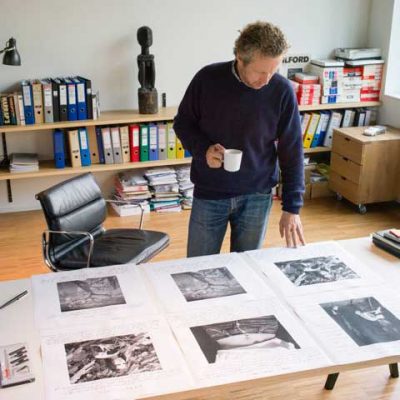 “True Stories” by Philippe Graton
Philippe Graton presents a solo exhibition based on his photojournalistic work for the blog The Wednesday Shot, in which he gives a personal look into unusual encounters in the form of a news story with a selection of black-and-white photographs followed by a short autographed narrative that puts the picture in perspective. In the space of a few months since he began The Wednesday Shot, thousands of curious people have chosen to share this weekly poetic rendezvous with Philippe Graton. Now, we have the opportunity to see it up close in Macau.