John Young is a Hong Kong-born Australian artist. Young has had more than 60 solo exhibitions, and has featured in major exhibitions both nationally and internationally, including at the Guggenheim Museum, New York. Within almost four decades of artistic production, Young’s work has taken on many different phases. In the last decade his work has focused on the ramifications of technology on painting practice and historical re-imaginings. As the recipient of the prestigious Australia Council Fellowship for Visual Arts, Young has devoted several years to creating projects in relation to the history of the Chinese Diaspora in Australasia. Such projects include the design and construction of Open Monument, a permanent monument in Ballarat, Victoria. His most recent solo exhibition, Storm Resurrection, was held at Pearl Lam Galleries, Shanghai. 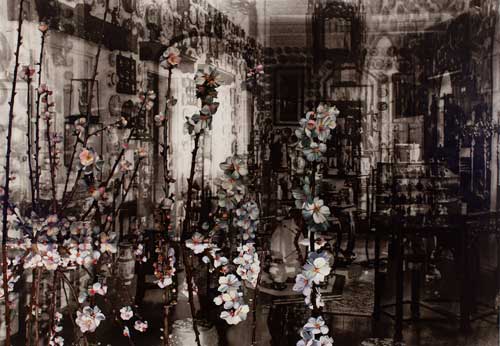 Young focuses upon Macau as a place of paradoxical cultural exchange, of those seeking the flight out. As Young states, “This is a homage to the flight out, for all those whose lives were lived transformations — [to] Wenceslau de Moraes, who left Portugal, sojourned in Macau and spent the rest of his years in Tokushima, but introduced to the West the first Haiku.”

Acting as a visual and allegorical recollection of a time of transculture, now largely surpassed by the wealth and greed in present day Macau, Young is able to still figuratively comprehend a dramatically colourful past Macau, a place at once entrenched in the pull of Western modernism yet momentarily balanced in a courtship of Chinese and Portuguese history.