The Script Road – Macau Literary Festival was founded in 2012 by local newspaper Ponto Final — a periodical currently celebrating its 25th anniversary — and is based in the Macau Special Administrative Region (MSAR). The Festival began as the first and largest gathering of literati from China and the Portuguese-Speaking Countries ever organised in the world. In recent years, the Festival has gained in popularity, becoming an international event that welcomes renowned writers, publishers, translators, journalists, musicians, filmmakers and visual artists from various geographies and nationalities.

The 2016 edition of the Macau Literary Festival brought together authors of 12 nationalities, including US writer Adam Johnson, who won the Pulitzer Prize for his 2012 novel The Orphan Master’s Son. In 2017, the Festival gathers more than 60 guests from over 20 regions and countries, among them two Man Booker Prize 2016 finalists, Madeleine Thien e Graeme Macrae Burnet.

The 2017 Macau Literary Festival has the support of the MSAR Government and Macau Foundation, as well as that of several private entities including the Festival’s Platinum Sponsor: SJM – Sociedade de Jogos de Macau. A number of private companies, local associations, schools and universities also support the literary event. The Diplomatic Missions of some of the countries represented by writers attending the Festival have also lent their support to The Script Road. 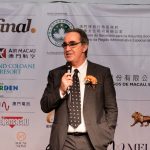 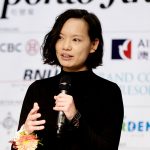 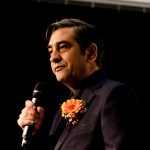 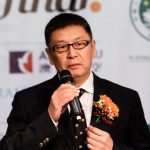