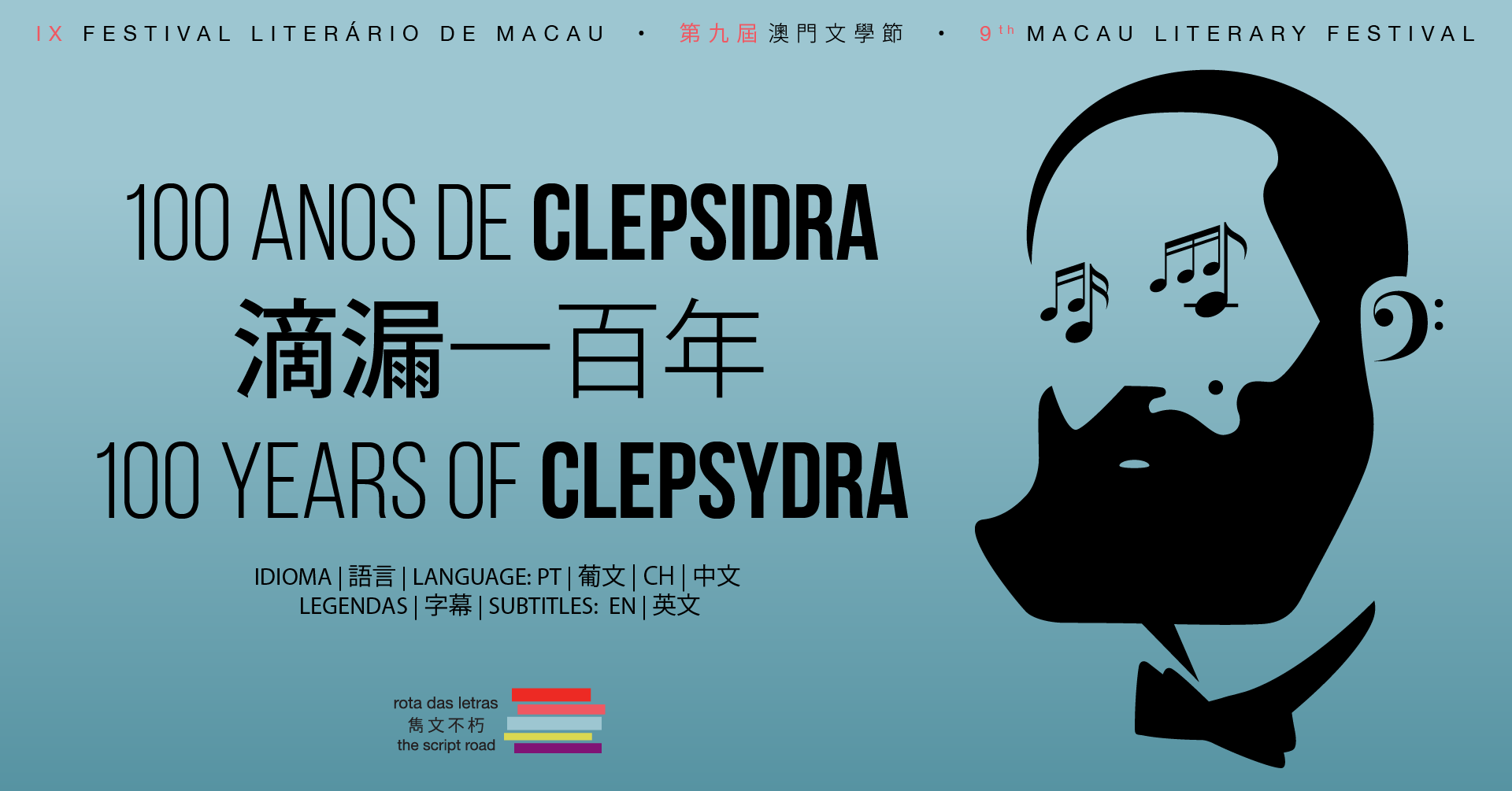 “Anything else, which is everything, is Camilo Pessanha” – Fernando Pessoa

Clepsydra, the poetry book of Camilo Pessanha, was first published in 1920, and the centennial of this masterpiece is now being celebrated. A confessed admirer of the poet who lived and died in Macau, whom he described as his master, Fernando Pessoa knew by heart many of his poems, which he said were “a continuous source of aesthetic exaltation”.
‘The wild roses blossomed mistakenly, ‘Chinese Guitar’, ‘Statue’ and several other Camilo Pessanha’s poems will be heard at the recital marking Clepsydra’s 100 Years on the program of Macau’s Literary Festival. The show will be directed by Simão Barreto, conductor and composer; on the vocals will be soprano Chao Kueng Fong and the poets Fernando Sales Lopes and Bruce Lou; the string quartet will be composed by David Chan Chang Meng, Chan Ieng Kei, Chan Ka Weng and Chu Weng Kuok.
Performance duration: 60 minutes
Number of sessions: 1
Date: October 3 (Saturday), 6:30pm
Languages: Portuguese and Chinese, with English subtitles
Director: Simão Barreto
Share Post: