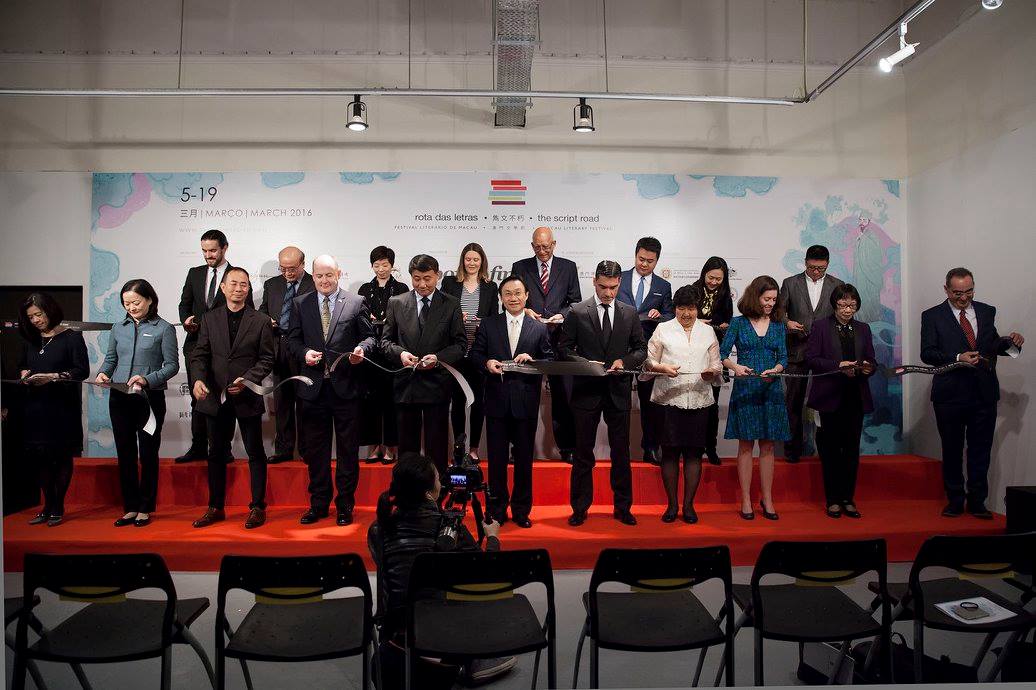 The 5th Edition of The Script Road – Macau Literary Festival has kicked off today at the Old Court Building with the presence of the Secretary for Social Affairs and Culture, Dr. Alexis Tam in a Opening Ceremony where all our Main Supporters, Sponsors and Supporters also joined in a celebration of literature and culture..

“We are already in the 5th Edition of the Festival, which not only reflects our respect towards literature, but it is also a way to open the door to the world, so that people can know and understand better the charms of the cultural diversity of this city. This way, all the world can take a look and witness the human nature, that is not only abundant but also sterile”, said Yao Feng, vice-director of The Script Road, and an organizer along with Hélder Beja, also vice-director, and Ricardo Pinto, Director of the Macau Literary Festival.

This year – and for the first time – The Script Road pays tribute to two writers from the past: Chinese playwright Tang Xianzu in the 400th anniversary of his death and Portuguese poet Camilo Pessanha, who lived and died in Macau 90 years ago.

For this edition, which is the more international edition of all, The Script Road will receive writers from all continents – such as China, Portugal, Ireland, Australia, Spain, Wales, Sweden, Philippines, U.S., Brazil, Guinea Bissau, etc.

The Script Road – Macau Literary Festival is happening from March 5 to 19, with its main base at the Old Court Building.