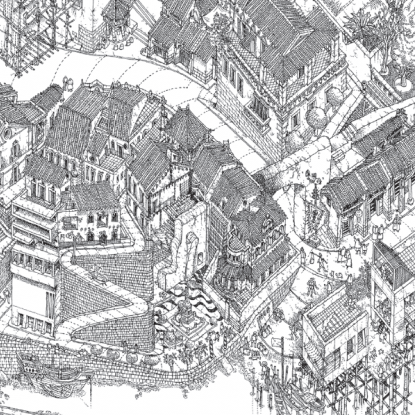 Situations by Macao’s Macanese community, with a vocabulary drawing on Portuguese,
as well as Malay, Singhalese, English, Spanish and, from the 19th century onwards,
Cantonese.

Macao’s amateur Patuá-language drama group, Doci Papiaçam di Macau(literally ‘sweet talk’), has been preserving this unique dialect for over 20 years through
original and humorous plays performed in Patuá by local actors.Theatre in Patuá was inscribed on the List of Macao S.A.R. Intangible Cultural Heritage in 2012, and the dialect has been identified as a critically endangered language by UNESCO.