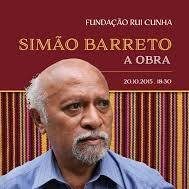 Born in East Timor on February 24, 1940, Simão Barreto came to Macau at the age of 18 to
study at the Seminar of S. José de Macau. After leaving the Seminar he entered as a public
servant in the Public Works Services and, at the same time, he enrolled in the Academy of
Music S.Pio X, created and directed by Father Aureo de Castro. With the help of his teacher
and friend he got a scholarship from the Gulbenkian Foundation to study at the National
Conservatory of Music in Lisbon, where he finished the Composition Course. Later, as a
violinist, he joined the former Portuguese National Radio Symphony Orchestra.
At the invitation of the local Government, in October 1987 he returned to Macau with the
purpose of creating a music school. And the Macao Conservatory became a reality on
September 25th, 1989. With 5 CDs recorded and 6 volumes of choral music printed, he is
the author of pieces for choir, symphonic and chamber music, among which are two cycles
of "Clepsidra", with poems by Camilo Pessanha.

All session by Simão Barreto