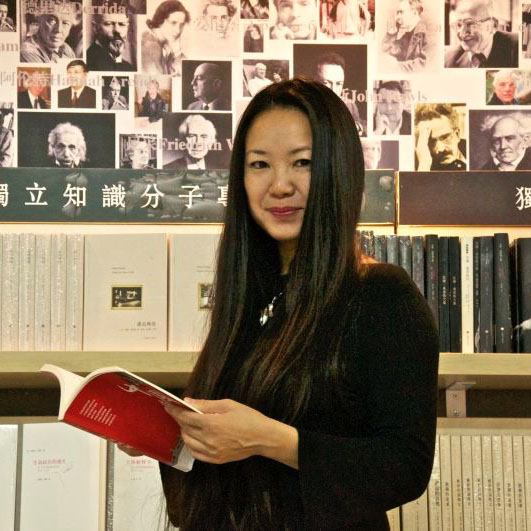 Shan Sa was born in Beijing. She began writing and publishing poems at the age of 7. Her first collection of poems was published at the age of 10 and was widely lauded by the most prominent Chinese poets, novelists, and literature critics of the 20th century, including Ai Qing, Liu Xinwu, Yan Wenjing, and Xie Mian. In 1990 Shan Sa left Beijing for further studies in Paris. In 1994, Shan Sa met the esteemed classical painter Balthus and his Japanese wife Setsuko in Switzerland and became their assistant. In 1997, Shan Sa released her first novel in French, Gate of Celestial Peace. The novel won the Prix Goncourt for First Novel, the most prestigious literature prize of France. In 2001, she was again awarded the Prix Goncourt des Lycéens for The Girl Who Played Go. Since then, her works have been published in more than 30 languages worldwide. Her poems and novels are used in the chinese elementary textbook and as high schools’ literary teaching materials in France and Japan. Her paintings have been exhibited in Paris, New York, Tokyo among other big cities in the world. In 2009, she was awarded the title of Chevalier de l‘Ordre des Arts et des Lettres. In 2011, she was given the title of Chevalier de l’Ordre du Mérite. Shan Sa is a member of the Beijing Writers Association. She is a founding member of the France China Foundation.