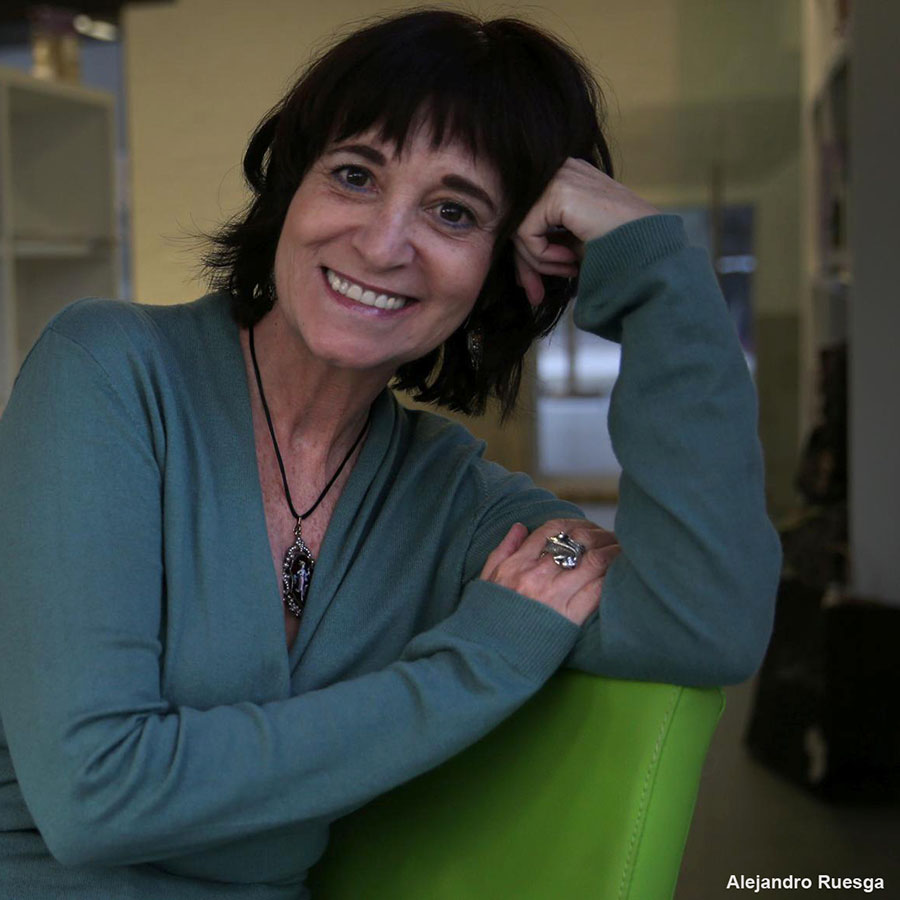 Rosa Montero (Madrid, Spain) has a degree in Journalism for the Official Journalism School of Madrid and frequented Psychology studies in the Complutense University of Madrid. She worked as a journalist since 1970. Currently her writings appears regularly in El País and in several of the main publications of Latino America. She published her first novel La crónica del desamor in 1979. Since then, she has published 15 novels, two books of biographies, three interviews recompilations, a short stories book and several children tales. Her books are translated into more than 20 languages. Her last novel is La Carne (2016). Among other prizes, she won the National prize for Journalism in 1980, the Qué leer Prize to the best Spanish book for La loca de la casa (2003) and Historia del Rey Transparente (2006), the Grinzane Cavour Prize for the best foreign book published in Italy also for La loca de la casa, and the Prize of Critics of Madrid 2014 for La ridicula idea de no volver a verte. She has been a Visiting Professor in Wellesley College and in the University of Virginia.