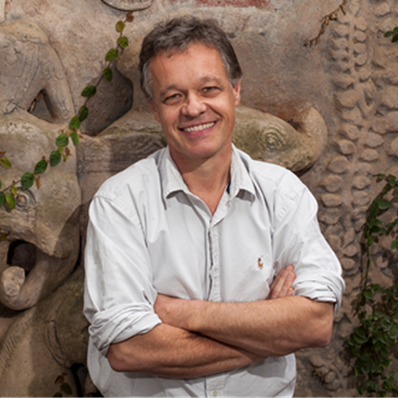 Graeme Base is one of the world’s leading creators of picture books. The hallmarks of a Base book are amazing detail and creative depictions of wildlife from all corners of the globe, alongside hidden images for readers to discover. His alphabet book Animalia received international acclaim when it was first published in 1986, and has achieved classic status with worldwide sales of three million copies. It has since inspired an animated TV series. Other favourites include The Eleventh Hour, My Grandma Lived in Gooligulch, The Sign of the Seahorse, The Waterhole, Jungle Drums and Uno’s Garden. A number of Graeme’s books are available in Chinese, including his latest creation Eye to Eye. For the author, being a writer was not a childhood dream. Being an artist, though, was always in his blood, but the first thought was drawn to music rather than to writing.

All session by Graeme Base