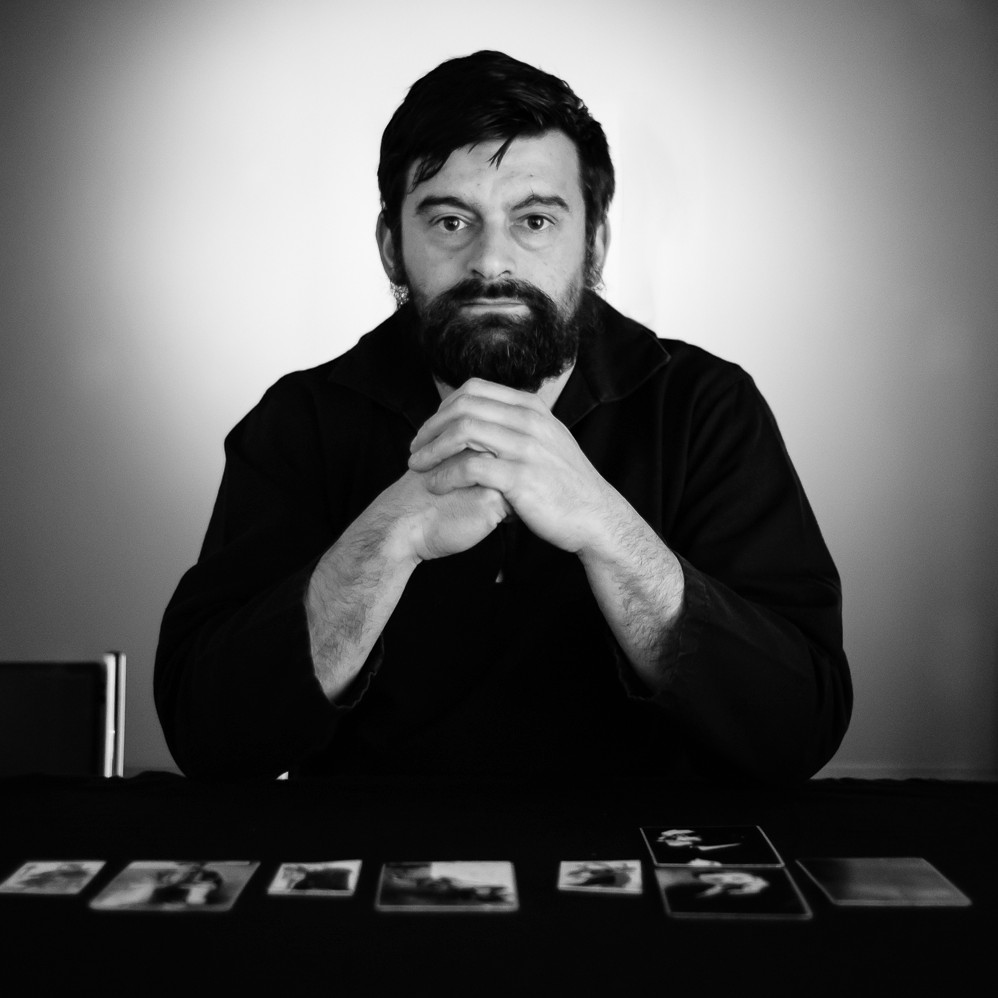 Gil MAC was born in Coimbra, Portugal, in 1975. In addition to his work as a theatre director, actor and musician, MAC is also a designer. He has created the graphic design for electronic music events (Cosa Nostra) and for theatre. MAC also participates in projects covering various fields including urban intervention, media and pop culture. He was a member of various musical groups throughout the 90s and is now lead singer of Lucifer’s Ensemble. He has composed soundtracks for plays and is a co-founder of the Portuguese cultural association, DEMO. As an actor, he has collaborated with Wojtek Ziemilski, Pedro Penim and Catarina Lacerda, amongst others. He is the artistic director of INSCRIÇÃO, a project merging the performative and visual arts with literature to explore the life and work of Portuguese writer Camilo Pessanha and literary movements ranging from Symbolism to Futurism in Portugal. He has also directed and co-ordinated interdisciplinary artistic projects, some of which reached Macau – for the Fringe Festival and in the project CODE, with local cultural association BABEL.

An intimate performance for one or two people. An unrepeatable experience drawing inspiration from tarot. A deck of cards will respond to a question or desire you bring with you. Your destiny will be transported by a deck of cards based on the life of writer Camilo Pessanha and his Clepsydra, a seminal work of Portuguese Symbolism. Between you and the cards your life will unfold: through the cursed French poets, through the Orpheu generation – from the Decadent Movement to Futurism – on a thought-journey beginning in Coimbra and insisting on travelling to Macau, between the concept of a “true Portugal” and the Chinese civilisation.

The performance lasts approximately 15 minutes. Reservations may be made via email (oraculo@thescriptroad.org), by phone (6334 1011) or on a first come, first served basis.

All session by Gil Mac