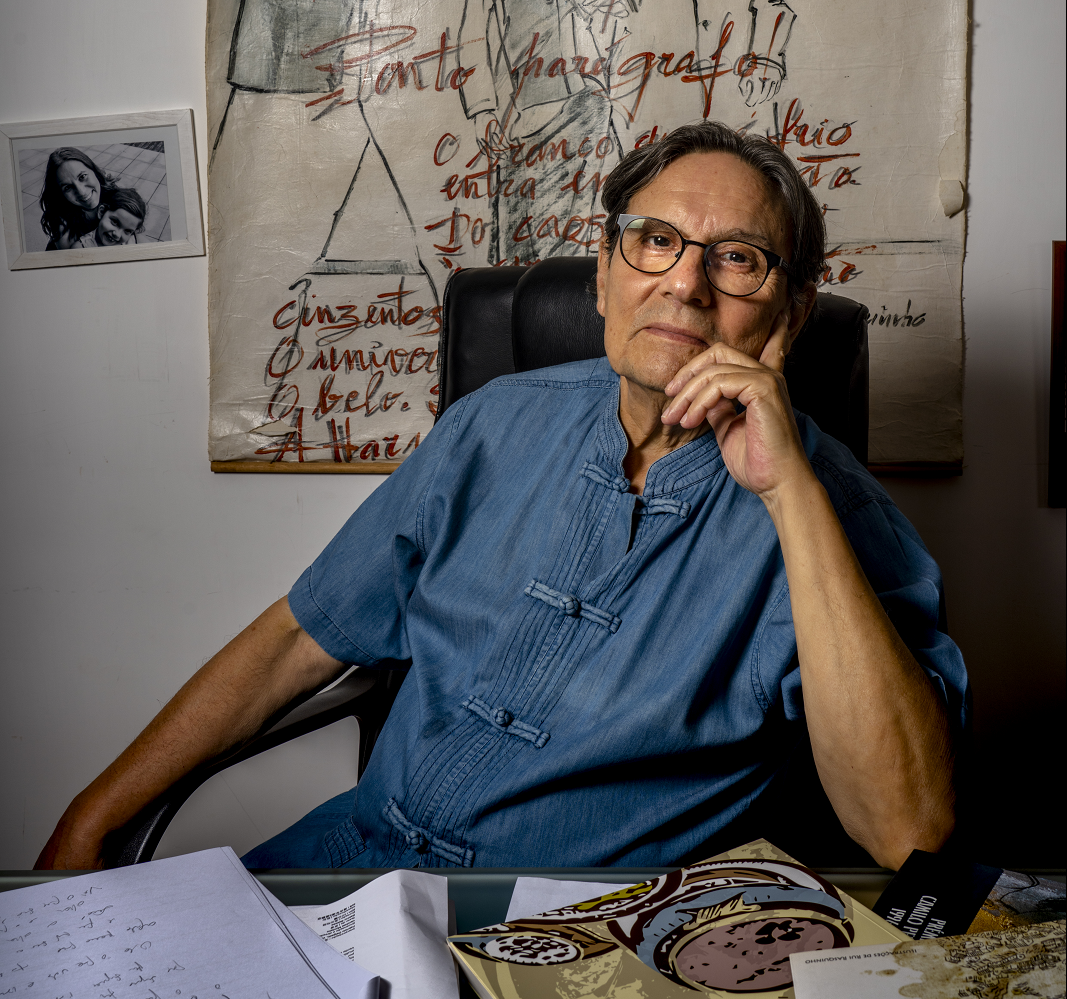 Fernando Sales Lopes was born in Portugal and lives in Macau since 1986. A professional journalist, he is graduated in History and holds a MA in Intercultural Relations. As a researcher he is devoted to Macau’s identity and festivities studies. On the history of diet and eating habits of the Macanese community he published Os Sabores das Memórias. A Comida e a Etnicidade Macaenses (Macau, 2017). In 2008 he authored a juvenile novel on the cultural traditions and festivities of Macau’s different communities entitled Terra de Lebab. Between 2009 and 2012 conceived the project and authored the scripts of Olhar Macau, a documentary series on Macau’s festivities, produced by Casa de Portugal.

In 1997 he published his first poetry book Pescador de Margem, winner of the prize “Camilo Pessanha 1996/97”, and in 2013 Geo metria & Exercícios em Busca da Perfeição, both in Macau, but since the late 1960s that his poetry is disseminate in literary magazines and anthologies, including some translations.He authored the lyrics of “Lotus Flower”, the hymn of the cultural closing session of the Macau Handover Ceremony in 19 December 1999.

F. S. Lopes has also collaborated as an actor and declaimer in several shows, films, soirees and television series, and organized, staged and produced diverse cultural events, including several poetry sessions.
Founder and director of the Macau Drama Group Min Kói – Máscara, he directed, produced and performed in several plays authored by Stravinsky and Ramuz, Brecht, José Régio and Y. K. Centeno, among others. He also performed in films and television series, in Macau and Portugal, namely: The Bewitching Braid, directed by Yuanyuan Cai; Dragão de Fumo, by José Carlos Oliveira and Camilo Pessanha – Um Poeta ao Longe, by Francisco Manso, in the latter as reciter of poetry.
With painter Isabel Rasquinho he carried out Conivências, a joint project of painting and poetry presented in Macau in 2009, and in 2008 authored and performed A Viagem, a multimedia installation produced by Kinomind, based on Os Lusíadas by Luís de Camões and on the poetry of another Portuguese major poet Fernando Pessoa.