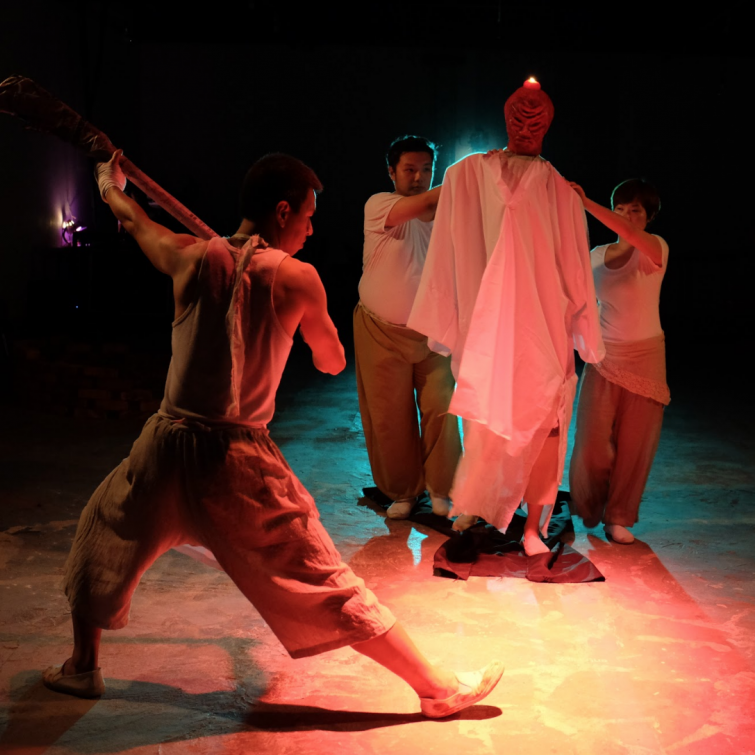 “Drug” is adapted from the work of the same name in Lu Xun’s short story collection “Call to Arms (Nahan)”. The whole play is composed of the original story and a new story. In the original story, it is a third-person narrative by Lu Xun. In the new modern story, the stream of consciousness is used as a contrast. It allows the audience to experience, with some distance from the story, and explore theatre in a different way from traditional drama. Lu Xun widely used symbolism in “Drug”, which transforms into a theater language with great ease, using metaphors involving puppets. With live music, “Drug” leads the audience to travel through ancient and modern space-time, and taste the bitterness and absurdity of the two old and new “prescriptions”. In the new story, the century-old shop is unable to resist the turning of the wheel of the era; in reality, how many of the old stores that accompanied our growth have silently disappeared from our lives?