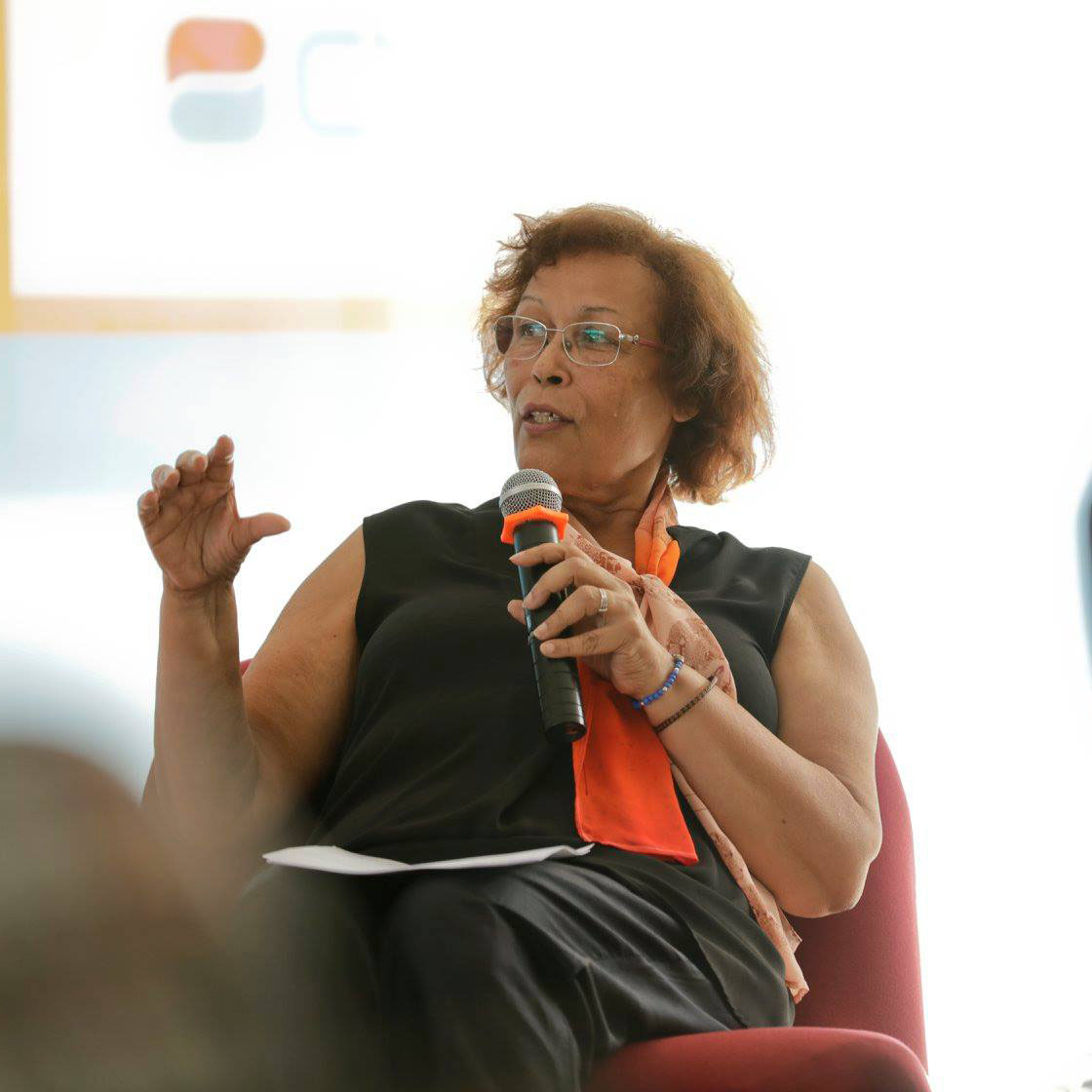 Bernardina Salústio (Cape Verde, 1941) is a social worker who has published several books, among which are Mornas eram as Noites (Mornas were the Nights, 1994), A Louca de Serrano (The Serrano Crazy, 1998), two children’s books, the study Violência Contra as Mulheres (Violence Against Women, 2001), the encyclopedic catalogue Cabo Verde 30 anos de Edições — 1975-2005 (Cape Verde 30 Years of Publications — 1975-2005) and the novel Filhas do Vento (Daughters of the Wind, 2009). Her work is being used as a research subject for graduation, master, and doctorate thesis in Brazil, Portugal, Italy and Cape Verde. She is the founding member of the Cape-Verdean Academy for Letters. She received the first and third awards in Youth Literature in Cape Verde, 1994, and in the Portuguese Speaking Countries, in 2000. The Cape Verdean Government awarded her with the Cultural Merit Order Award, in 2005, and the 1st class Medal Volcano, by the President, in 2010. She was also awarded the Rosalía de Castro Award for Literature in Portuguese Language — Spain 2016.