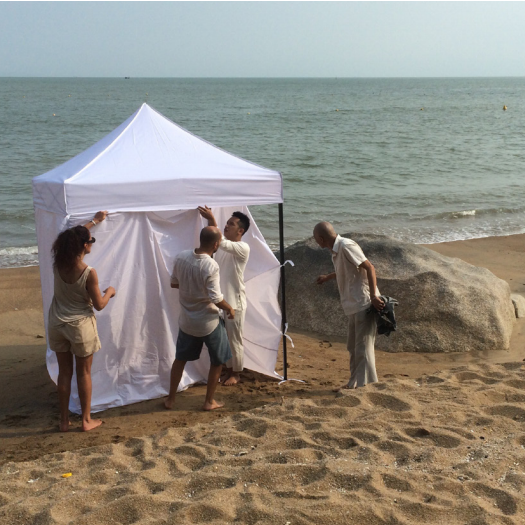 For the first time in Macao, viewers will be involved, in real time, in the narrative of a movie. The film is called Cadavre Exquis and is authored by Bruno Mendes da Silva, Researcher, Vice-Coordinator of the Center for Research in Arts and Communication (CIAC) and professor at the School of Education and Communication at the University of Algarve, in Portugal. The film Cadavre Exquis has 3 versions; the conventional version to screen in theaters; the interactive version that allows the user to interact and participate in the narrative; and the third version, worked specifically for festivals, the Interactive Installation at a tent to be set at the entrance of the Navy Yard venue. Disillusioned dreams, greed and decadence: a chronicle of Macao today, 20 years after it’s return to China.