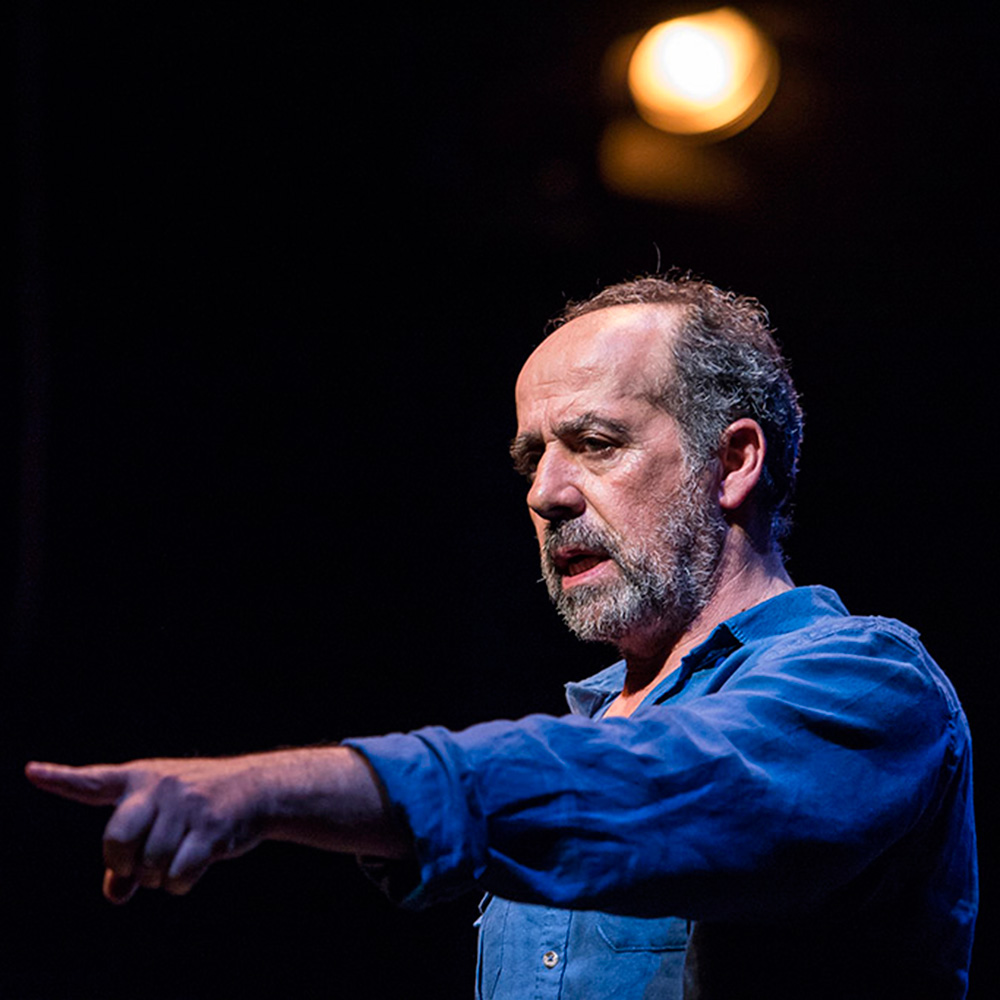 António Fonseca graduated in Philosophy from the University of Porto with a specialisation in Interpretation. He has been an actor since 1977. Some of his more recent acting credits include The Double Bass (Patrick Suskind) staged by João Lourenço, the complete version of The Lusíadas (Luís de Camões), The Elephant Man (B. Pomerance) staged by Sandra Faleiro, Red (John Logan) staged by João Lourenço, The Tempest (William Shakespeare) staged by Luís Miguel Cintra and the Mona Lisa Show (Pedro Gil). On television he has collaborated on the programmes Depois do Adeus, Odisseia, Rosa Fogo and Mar Salgado. António Fonseca has been nominated for Best Actor twice in the Portuguese Globos de Ouro awards, in 2007 and 2012, as well as in the Portuguese Society of Authors Awards (2013) and the SOPHIA film awards. He is also involved in giving professional drama courses, a highlight amongst them being his ongoing collaboration since the year 2000 in the Theatre in Education Course at the Coimbra Education School (ESE Coimbra).

All session by António Fonseca