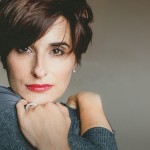 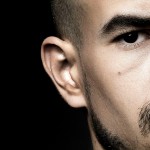 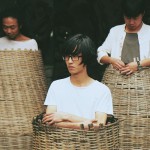 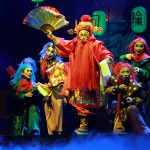 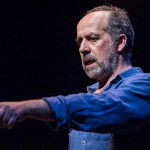 Cristina Branco, João Caetano and Yao Shisan will appear as guest performers in The Script Road Concerts – part of the Macau Literary Festival beginning this March. These names are highlights on a performing arts programme that will also feature António Fonseca and the Foshan Cantonese Opera Troupe, two acts that will showcase productions of classics from the literatures of Portugal and China, respectively: Os Lusíadas and Peony My Beauty – an adaptation of The Peony Pavilion.

One of the most acclaimed voices in Portugal, Cristina Branco (March 12, Macau Cultural Centre) belongs to a generation of musicians that in the mid-1990s have found in fado their own way of expressing themselves (thereby contributing to an astonishing reinvigoration of the traditional song form of Portugal). Like them, Cristina has begun to define her own journey, in which respect for tradition walks hand in hand with a desire for innovation. For the singer, words have always been deserving of careful attention. Therefore, Cristina Branco is a singer of poets, amongst them the greatest in Portugal (Camões, Pessoa, David Mourão-Ferreira, José Afonso …) and abroad (Paul Éluard, Léo Ferré, Alfonsina Storni, Slauerhoff).

Chinese folk singer Yao Shisan (March 11, Macau Cultural Centre) achieved widespread fame in 2011 for his online release of the single “Blind”. His songs, sung in the local dialect of his hometown of Guiyang, Guizhou Province, have become very popular. In 2014, he sang for the ending song of the 51st Taiwan Golden Horse Award winning film Blind Message. Yao crafts folk songs about ordinary life, spiked with large doses of quick and clever humour, which have made him an instant favourite among Chinese music fans.

Sharing the evening with Yao Shisan is João Caetano (March 11, Macau Cultural Centre), a Portuguese musician born and raised in Macau. At the beginning of his career, Caetano became a member of the legendary jazz band Incognito and has been working with the likes of Leona Lewis, Dionne Bromfield, Mario Biondi, Tony Momrelle and Reel People. In 2013 Caetano launched a solo project exploring Portuguese roots and material in which fado and traditional music exert great influence.

On the 400th anniversary of Tang Xianzu’s death, the Festival will pay tribute to this famous playwright from the Ming Dynasty, author of one of China’s best-loved classical operas, The Peony Pavilion. As one of this year’s special guests, The Script Road features the Foshan Cantonese Opera Troupe, who bring to Macau a segment of their exquisitely designed and meticulously crafted production Peony My Beauty – an adaptation of The Peony Pavilion (March 6, Dom Pedro V Theatre). Foshan Cantonese Opera Troupe will also showcase some highlights of other Classic Cantonese Operas.

From Portugal, António Fonseca (March 7, Dom Pedro V Theatre) presents his interpretation of Luís de Camões’s Os Lusíadas, an epic poem which the actor has fully committed to memory and that he will showcase in a two and a half hour compact. The project of memorizing the poem’s 8,816 verses took him four years to complete, showcasing his rendition for the first time in 2012, during the Portuguese city of Guimarães’s tenure as European Capital of Culture. In Macau, Fonseca will share his passion for a text he has been living with for more than seven years, an epic poem that interrogates rather than determines an idea of collective identity.

Peony My Beauty – an adaptation of The Peony Pavilion

Tickets soon available at the Macau Cultural Centre and at Kong Seng ticketing outlets as well as online at www.macauticket.com or by dialing +853 2855 5555.